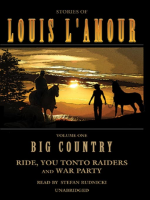 Louis L'Amour said the West was no place for the frightened or the mean. It was a "big country needing big men and women to live in it." The two stories in this collection provide a good sample of the kinds of people he had in mind.

Matt Sabre is a young and experienced gunfighter—but not a trouble seeker. However, when Billy Curtin calls him a liar and goes for his gun, Matt has no choice but to draw 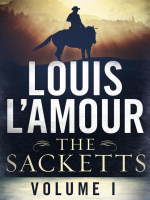 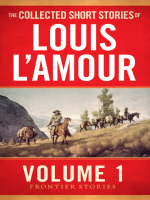 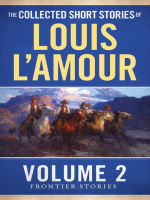 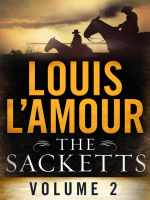 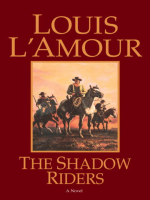 6) The Shadow Riders: A Novel 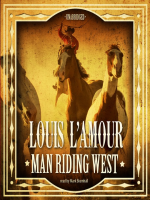 No one tells tales of the frontier better than Louis L'Amour, who portrays the human side of westward expansion—the good and the bad—before the days of law and order. Here is one of the stories penned by America's favorite Western author with its text restored to the state of its initial publication in the magazine West in 1950. 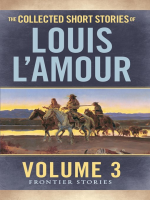 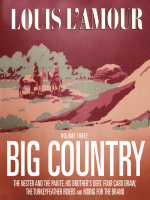 Louis L'Amour said that the West was no place for the frightened or the mean. It was a "big country needing big men and women to live in it." This volume presents five more of L'Amour's fine short stories about the West, restored according to how they first appeared in their initial publication in magazines.

"Riding for the Brand"
Jed Asbury was stripped naked by Indians and forced to run the gauntlet. He ran it better than they had 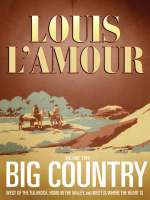 Louis L'Amour said that the West was no place for the frightened or the mean. It was a "big country needing big men and women to live in it." Here are three more of his fine short stories about the West. 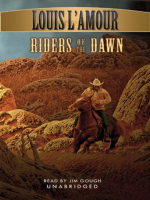 In Riders of the Dawn, a young gunslinger is changed for the better by a meeting with a beautiful woman. A classic range-war western, this novel features that powerful, romantic, strangely compelling vision of the American West for which L'Amour's fiction is known. In the author's words, "It was a land where nothing was small, nothing was simple. Everything, the lives of men and the stories they told, ran to extremes."

This story is one

In "A Man Called Trent," nester Dick Moffitt lies dead, killed by King Bill Hale's riders. His son Jack and adopted daughter Sally, who witnessed the murder, go for safety to a cabin owned by a man called "Trent"—an alias for Kilkenny, who is seeking to escape his reputation as a gunfighter.

In "The Rider of Lost Creek," Lance Kilkenny is the 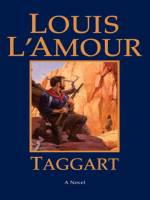 Adam Stark had found gold. In the confusion of the mesas and canyons near Rockinstraw Mountain, Stark, his wife, Consuelo, and his sister, Miriam, were quietly working a rich vein while keeping their presence a secret from raiding Apaches. Worried that his wife might leave him, Stark wanted to make enough money to take her to San Francisco, where she could enjoy the style of life she craved.
But when Taggart, a stranger on the run from a vicious